QS 2020 Ranking: The School of Civil Engineering improves its performance

According to the QS World University Rankings by Subject 2020, the School of Civil Engineering of the National Technical University of Athens (NTUA, subject: Civil and Structural Engineering) improves its rank despite the dramatic drop in staff (about half) and budget (by 90%) over the last decade. Specifically, it remains in the top 50 schools worldwide and ranks 39th in 2020 (from 48th in 2019). Among European Schools,it ranks 11th (from 14th). The School has best performance in terms of the recognition of its research work.

The Aristotle University of Thessaloniki and the University of Patras are also included in the Civil Engineering lists, at positions 101-150 and 151-200, respectively.

NTUA is also included in the rankings and other scientific areas, namely:

Finally, in the world ranking in wider areas, the NTUA ranks 106 in Engineering and Technology and 278 in Natural Science. 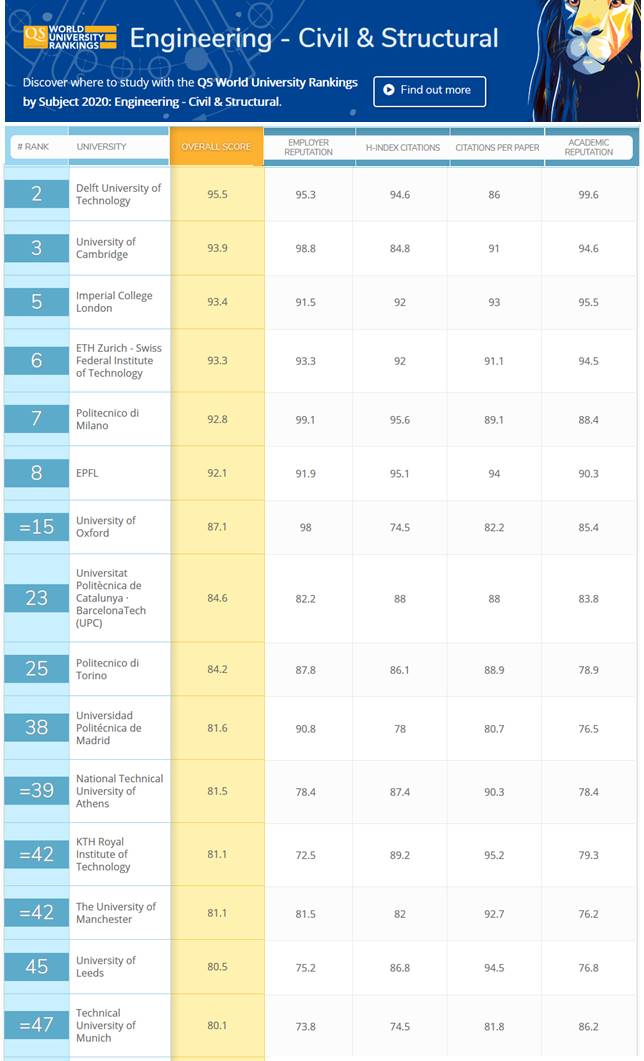